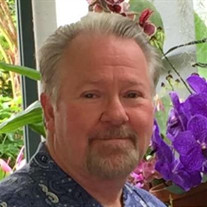 William C. "Bill" Reppart Jr. age 64, passed away Sunday, July 23, 2017 and will be missed by many. Bill was born Oct. 31, 1952 in Topeka, Kansas to William C. Reppart Sr. and Rosalie Ladner-Reppart whom he is preceded in death by. Bill graduated from Ulysses High School then went on to further his education at the Washburn University in Topeka where he received a bachelor's degree in accounting in 1974. He then returned in 1989 to Washburn University School of Business where he received his master's in business administration with highest academic achievement and his Juris Doctorate degree with honors in 1993. After completion of his law and MBA degrees he joined Topeka Technical College where he served as an adjunct faculty member. He instructed numerous classes in business and law related subjects. In 1993, he became an associate attorney with a general practice law firm. In 1995, he relocated to Grove to join his wife Lorrie Reppart and children Tiffany and Savannah and established a legal practice with Brandon Johnson. In June of 2000, he established the law firm Mallow, Jenkins, and Reppart. In the fall of 2006 he joined the established law firm of Davis and Thompson in Jay, where he worked until the time of his passing. Bill was a wonderful and caring man. He will not only be dearly missed by his family, but many members of the community that he was so loyal to. Nothing meant more to Bill than being at home with his family who adored him and will miss him forever. He is survived by the love of his life, his wife Lorrie Reppart; daughter Tiffany and son in law, Mark Morrison of Grove; daughter Savannah and son in law, Adarius Adams, of Dallas, Texas; and grandchildren: Alannah, Lylah and Dylan Morrison of Grove, and Carter Adams of Dallas, Texas. Additional survivors include his mother and father in law, Gloria and Gene Patterson of Grove, his younger siblings: Gary, Jeff, Nancy, Carolyn and Mike all of Kansas; and the men whom called themselves the “brotherhood” and had an inseparable bond for 25 years: Dan Crow, Brent Wright, Phil Gragson, Dereck Chappell, Michael Norris, Nile Fowler, Jerry Hathaway, thank you for feeding his soul over the years. Bill also thought of everyone at Davis and Thompson law firm as his extended family. Arrangements with Nichols Funeral & Cremation Services, Grove, are pending at this time. Bill had a soft spot in his heart for his animal companions and the family request in lieu of flowers, donations be made to the Second Chance Pet Rescue of Grand Lake, P.O. Box 451205, Grove, OK., 74345.

William C. "Bill" Reppart Jr. age 64, passed away Sunday, July 23, 2017 and will be missed by many. Bill was born Oct. 31, 1952 in Topeka, Kansas to William C. Reppart Sr. and Rosalie Ladner-Reppart whom he is preceded in death by. Bill graduated... View Obituary & Service Information

The family of William "Bill" Reppart Jr. created this Life Tributes page to make it easy to share your memories.

Send flowers to the Reppart family.