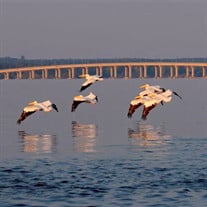 William “Bill” L. Moore, age 80, of Grove, OK passed away on Sunday, December 25, 2016 at Grand Lake Villa. Bill was born on April 14, 1936 to William B. and Marena (Johnson) Moore in Fairland, OK. As a child his family moved to Wichita, KS and Bill graduated from the Plainview High School in Wichita in 1954. After high school, Bill was employed at Boeing and worked his way through Wichita State University. In 1958, he enlisted in the U.S. Army and proudly served his country for 3 years. On December 27, 1958, Bill married the love of his life, Becky Seaton, in Commerce, OK and the couple made their home in Hawaii during his military time. Following the service, the couple returned to Wichita where Bill was employed at Boeing and also continued his education at Wichita State University, pursuing his passion of teaching. He graduated in 1966 with a Bachelor’s degree in Education and went on to receive his Master’s Degree in Science from the Kansas State Teacher’s College of Emporia. Bill began his teaching career at East Topeka Junior High and later at French Junior High, both in Topeka. The couple moved back to Wichita and Bill taught at Allison Junior High School until retiring in 1991. After retiring, the couple moved to Grove in 1992, where they enjoyed fishing and boating together. Many people thought of Bill as quiet, but he was fun loving and always willing to follow along with the antics that his wife, Becky, would propose. His kind smile and gentle demeanor will be missed. Bill was preceded in death by: his parents, and one brother, Jerry Dean Moore. He is survived by his loving wife, Becky Moore of the home, and nieces, Andrea Heartling of League City, TX, Teresa Tager of Houston, TX and nephew, Ernie Johnson of Miami, OK. Memorial services were held at 3pm Tuesday, January 3, 2017 at Nichols Funeral Chapel.

The family of William "Bill" L. Moore created this Life Tributes page to make it easy to share your memories.

Send flowers to the Moore family.