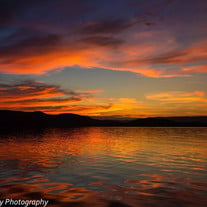 Tommy D. Jarvis, age 67 of Afton, OK passed away on Monday, April 8, 2019 at OU Medical Center in Oklahoma City, OK after a long battle with cancer. Tommy was born on October 2, 1951 to Norman and Geneva (Jones) Jarvis in Miami, OK. He grew up in Afton and graduated from Afton High School in 1969. After high school, Tommy attended Oklahoma State University and graduated with a Bachelor’s Degree in Entomology. After graduation, Tommy worked for the U.S.D.A. for a short time. He then went on to become a clerk for the U.S. Postal Service in Miami, OK and retired after 35 years of distinguished service. On November 24, 1972, Tommy married the love of his life, Pamela Nix in Columbus, KS and the couple made their home in Afton, Oklahoma. Tommy was well rounded with many interests, ranging from gardening, carpentry, sports and collecting vinyl records. His love of nature and the outdoors was well documented in his interest in photography. Some of his favorite subjects were Oklahoma sunsets, flowers and his grandkids. He also enjoyed coaching and he played softball for many years where he made countless friends on the field. His ornery sense of humor and mischievous streak always kept everyone on their toes. More than anything, Tommy was a family man and nothing made him happier than spending time with his wife and children and grandchildren, who will all miss him dearly. He was preceded in death by his father. Left to cherish Tommy’s memory: wife of 47 years, Pam Jarvis of Afton, OK; mother, Vera Jarvis of Miami, OK; children: Loren Jarvis and Kim Prince of Afton, OK, Lindsay Jarvis and Walter Crane of Grove, OK and Cody Jarvis and Mikki Rice of Bernice, OK; siblings: Wayne Jarvis and wife, Jana of Miami, OK, Marsha Martins and husband, Keith of Vinita, OK, Terri Lane and husband, Jim of Afton, OK, 10grandchildren, 4 great grandchildren and many nieces and nephews. A casual gathering in Tommy’s memory will be held from 3-5pm Saturday, April 13, 2019 at Nichols-Stephens Reception Center, Grove, OK. The family request that donations be made to St. Jude’s Children’s Hospital in lieu of flowers. Arrangements entrusted to Nichols-Stephens Funeral & Cremation Services.

Tommy D. Jarvis, age 67 of Afton, OK passed away on Monday, April 8, 2019 at OU Medical Center in Oklahoma City, OK after a long battle with cancer. Tommy was born on October 2, 1951 to Norman and Geneva (Jones) Jarvis in Miami, OK. He grew... View Obituary & Service Information

The family of Tommy D. Jarvis created this Life Tributes page to make it easy to share your memories.

Send flowers to the Jarvis family.