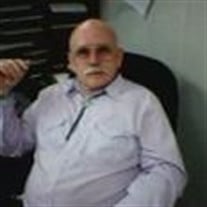 Richard “Rick” W. Knowles, age 75, of Grove, Oklahoma passed away on Thursday January 20, 2022, in Tulsa, Oklahoma. Rick was born on September 6, 1946, in Burbank, California to Elery and Jeannette Hornbeck, who both tragically passed away when he was 9. His uncle and aunt, Richard and Nancy Knowles adopted him. Rick graduated from Marshfield High School in Coos Bay, Oregon and then he proudly served his country in the United States Marine Corps for six years, serving in Viet Nam.  Later in life, Rick attended Concordia College in Portland, where he received a bachelor’s degree in Law Enforcement.  He was honored to be employed by the Clackamas County, Oregon Sheriff’s Department for many years.   After his retirement, Rick continued to serve the needs of his community as an advocate for the homeless and veterans in and around Portland, volunteering in food distribution and other services.  He often prepared over 100 sandwiches a day to handout to those in need. Rick married the love of his life, Roseanne McKinley, in 1987.  He and his wife fostered well over 120 children in the Portland area, adopting two of them as their own.  His had a heart for children and veterans and great love and compassion for both.  His presence will be greatly missed by countless individuals whose lives he has touched. The couple moved to the Grand Lake area from Portland in 2020.  He enjoyed shooting guns, boating and all that Grand Lake had to offer. Rick was preceded in death by his parents, brother David Knowles and sister Danette Dutton.  Left to cherish his memory, his wife Roseanne; children, Jeannette Knowles of Missoula, Montana, Jeffrey Knowles and Cami Knowles, both of Portland Oregon, Ashlea Knowles of Bremerton, Washington, Doug Wilson of Perth, W. Australia, and Roger Knowles of Portland, Oregon; sister Myra Hagen of North Bend, Oregon; and 6 adored grandchildren, as well as many friends and extended family. Services will be held at a later date. Arrangements entrusted to Nichols-Stephens Funeral & Cremation Services, Grove, Oklahoma

The family of Richard “Rick” W. Knowles created this Life Tributes page to make it easy to share your memories.

Send flowers to the Knowles family.