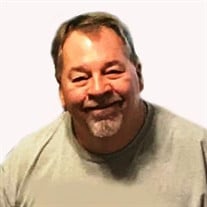 Michael Roland Poynor, or “Mike” Poynor, age 70, of Grove, OK passed away Wednesday, January 16, 2019 at St. Johns Hospital in Tulsa after a colon failure that was fatal after 14 days in medical care his soul passed to Jesus Christ. Mike was born on July 3, 1948 to Jack and Donna (Hill) Poynor in Southwest City, MO where he grew up and graduated from McDonald County High School in 1967. Continuing onto Crowder College, Mike had many jobs. He tractor pulled, worked for Little Debby Transportation, a prison guard and even a security guard at a mental institution. The past couple decades, Mike was an inspector of fiber, welding, oil, gas, pipelines across America. Employers Cleveland Inspection and Magellan Midstream Partners recently called Mike back as their Chief Inspector. On May 26, 1990 Mike married the love of his life and his queen, Linda “Lowry” -Huggins, in Noel, MO. They moved to Zena also later built a home in Grove in 1996. With that union, Mike gained Linda’s children Heather and Michael. Mike briefly retired in 2016, but never one to sit idle, he found himself still inspecting when he and Linda weren’t traveling in their RV, or when he wasn’t racing cars or woodworking. Mike loved cars, all kinds of cars and trucks. He loved racing cars and detailing cars. More than that, Mike loved making the deals for the cars. He was a master negotiator and a wheeler dealer extraordinaire. Nothing thrilled him more than a bargain and nothing he purchased was exempt from his hardball negotiations. With a larger than life, quick witted, ornery personality, Mike was one of a kind, but he had a softer side. Observant and thoughtful, he enjoyed making and giving gifts that he knew people would appreciate and helping people whenever he had the chance. He wrote love notes to Linda almost daily. Mike was Christian in faith, baptized by Gary Bishop in 1999. He wholeheartedly believed in Jesus Christ as his personal savior. He prayed over his family regularly. Mike was also a member of the Masonic Lodge. Earning his 32 degree master mason in early adulthood. He enjoyed fellowship with his fraternal brothers. He was preceded in death by: his parents, stepdad Kenneth Meador, brother Gary Poynor and an infant son. Left to cherish Mike’s memory: wife, Linda Poynor of the home, children: Jason Poynor of Maysville, AR, Aaron Poynor of Mannford, OK, Courtney Poynor-Woodruff and husband, Woody, of Glenpool, OK, Heather Nelson and husband, Johnny, of Oklahoma City, OK and Michael Huggins and wife, Stephanie, of Grove, OK. Mike had 6 grandchildren: Quinton, Bailey, Payeton, Logan, Kabe and Ayden. Visitation for family and friends will be 2-4pm Sunday, January 20 at Nichols- Stephens Funeral Service. Funeral services will be at 1pm Monday, January 21, 2019 at Nichols-Stephens Funeral Chapel. Pastor Gary Bishop to officiate. Burial at Wann Cemetery in Gravette, AR. Arrangements entrusted to Nichols-Stephens Funeral & Cremation Services. Online condolences may be made at www.nicholsfuneralandcremation.com Sent from my iPhone Settings Karin Nichols-Stephens [email protected]

Michael Roland Poynor, or &#8220;Mike&#8221; Poynor, age 70, of Grove, OK passed away Wednesday, January 16, 2019 at St. Johns Hospital in Tulsa after a colon failure that was fatal after 14 days in medical care his soul passed to Jesus Christ. Mike... View Obituary & Service Information

The family of Michael "Mike" R. Poynor created this Life Tributes page to make it easy to share your memories.

Send flowers to the Poynor family.