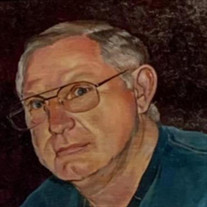 Michael “Kymn” Converse, age 73, of Grove, Oklahoma passed away on Saturday, January 1, 2022 in Joplin, Missouri. Kymn was born on March 27, 1948, in Oklahoma City, Oklahoma. He graduated from Carl Albert High School and went on to attend Rose State College, both in Midwest City, Oklahoma. He joined the United States Marine Corps where he proudly served four years for his country. He married Donna (Brown) on March 20, 1982, in Midwest City. His amazing talents were countless and wide-ranging. Not only was he a retired truck driver and firefighter but also an accomplished carpenter. He was passionate and meticulous about his work, making remarkable furniture pieces as well as just about anything else he could think of to create. He was an avid OSU Pokes fan, and one could say he was somewhat athletic himself, playing softball as a young man. He had a comical, funny personality and had a positive nature in all circumstances. He was always the first to assist family, friends, and neighbors, doing lawn work and other chores when he felt the need, putting others ahead of himself. A man of his word, he could be relied upon to complete any task before him, or just to be a friend when necessary. He was a member of First Baptist Church of Grove where they taught Sunday School for several years. He will be greatly missed by his church family as well as many friends and neighbors. Kymn was preceded in death by his parents Grant and Paula (Monroe) Grady, brother Davyd Grady, 3 infant grandchildren. Left to cherish his memory, his wife Donna, children Chris Converse (Heather) of Oklahoma City, Denise Ross of Harrah, Oklahoma, Chad Converse, and Angela Goetz (Fred) of all of Oklahoma City; grandchildren Mahala Gonzales-Townley (Nathan), Zaria and Zoey Ross, Johnny, Lindsay, William and Katelyn Goetz, and one great grandchild Hazel Townley; siblings Randy Grandy, Stan Grady both of Oklahoma City and Kevyn Whitely of Georgia, as well as many of extended family and friends. No services are planned at this time.

The family of Michael 'Kymn" Converse created this Life Tributes page to make it easy to share your memories.

Send flowers to the Converse family.