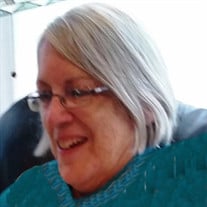 Margaret Swearingen Mordy, age 75, of Grove, OK, passed away on Tuesday, November 2, 2021, after battling cancer. Margaret was born on September 21, 1946, in Nevada, MO, to John Wallace “Jack” and Josephine (Jackson) Swearingen. She was raised and educated in Nevada and graduated from the University of Kansas with a degree in business and accounting. She was employed right out of college by a national CPA firm in Kansas City, and later worked for a nonprofit organization in Kansas City. On October 24, 1970, she married Ronald Mordy of Independence, KS, at All Saints Episcopal Church in Nevada. After living in Kansas, Michigan, California and Illinois, the couple returned to Kansas, taking up residence and independence in 2002. In August, 2020, the couple moved to Grove, OK, where the family had been spending many summers on Grand Lake to enjoy various boating activities. Margaret was a member of Epiphany Episcopal Church, serving in its guilds. She was also a member of the P.E.O. Sisterhood, the Mercy Hospital auxiliary and enjoyed playing in numerous bridge clubs. An avid Jayhawk basketball fan, Margaret rarely missed watching a game. She was preceded in death by her parents and one brother, Hinton Wooddy Swearingen and one nephew. Left to cherish Margaret's memory, her husband, Ron Mordy; two sons, Andrew R. (Tamera) Mordy of Mission Viejo, CA, and David E. (Melissa) Mordy of Kansas City, MO; 7 grandchildren; A brother, David J. (Susan) Swearingen of Nevada, MO and numerous nephews and a niece. Cremation has taken place and there will be a private burial for the family at Mt hope Cemetery in Independence at a later date. In lieu of flowers the family suggests contributions be made to Epiphany Episcopal Church or Independence Historical Museum. Arrangements entrusted to Nichols Stephens Funeral and Cremation Services in Grove, OK.

The family of Margaret Swearingen Mordy created this Life Tributes page to make it easy to share your memories.

Send flowers to the Mordy family.