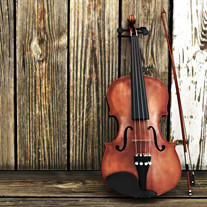 John H. Masters, lifelong resident of Delaware County, went to be with Jesus on Thursday, May 18, 2017 at Integris Grove Hospital at the age of 95. John was born on September 29, 1921 to Charles and Maria (Cheater) Masters in rural Grove, OK. He attended Rocky Point (Butler 2) School as a child, and it was suspected that he advanced several grades very quickly in efforts to spare the school teacher from his antics. John was ornery, to say the least! He graduated from Jay High School in 1939 but was always a Ridgerunner at heart. John was drafted into the U.S. Army in 1942 and proudly served his country during WWII in the Pacific theater. He met Doris Seabourn at a church function shortly before being deployed. She made true to her promise to wait for him, and the couple was married on October 5, 1946 in Columbus, KS. They made their home on the family farm on Whitewater. Farming was John's life’s work, for 36 years he worked as a Field Representative for the U.S. Agriculture Dept in the ASCS. He was involved in many aspects of farming and served on the American Farmers & Ranchers Advisory board for 25 years and enjoyed helping with 4H events. Proud of his Cherokee Heritage, John served as a Minority Delegate for Cherokee Indians for REC, on the Cherokee National Resources Committee and was named by Gov. Dewey Bartlett’s 27 member advisory Committee on Indian Matters. He was also the oldest member of the Jay American Legion. Music was John's passion and he was well-known as the fiddle player with the infamous WhiteWater Boys. The band of country gospel singers and musicians comprised of Dolphus Blevins, Chuck Wright and Bob Jenkins that played together for many years. John was an exceptional fiddler and won many competitions. A Ridgerunner at heart, John loved football and even helped the Athletic Dept with fund raising. Many Grove football players remember John bringing cold watermelon to them at practices, a tradition that he had for many years. His quick humor, ornery grin and larger-than-life personality are just a few things about John that will be missed. He was a good man with a heart of gold and there is no doubt, that he and Dolphus Blevins are giving heaven a taste of the Whitewater Boys. John was preceded in death by his parents, 3 siblings in childhood, 1 sister and 3 brothers and son-in-law, Gary Thompson. Left to carry on his legacy: wife, Doris Masters of the home, daughter, John Ann Thompson of Grove and grandson, Lukas Thompson of Stillwater, OK and many nieces and nephews. Visitation will be from 5-7pm Sunday, May 21 at Nichols Funeral Chapel. Funeral services will be at 2pm Monday, May 22, 2017 at Butler Baptist Church. Interment at Cheater Family Cemetery. Memorial donations may be made to Butler Baptist Church, 64990 E 335 Rd, Jay.

John H. Masters, lifelong resident of Delaware County, went to be with Jesus on Thursday, May 18, 2017 at Integris Grove Hospital at the age of 95. John was born on September 29, 1921 to Charles and Maria (Cheater) Masters in rural Grove, OK.... View Obituary & Service Information

The family of John H. Masters created this Life Tributes page to make it easy to share your memories.

Send flowers to the Masters family.