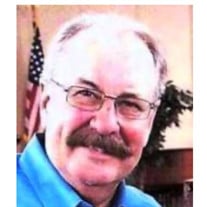 John “Johnny” Robinson, age 73, of Fairland, OK unexpectedly departed to be with his Lord and Savior Jesus Christ on Wednesday, June 17, 2020. He was born on February 3, 1947 to Harold and Dorothy (Bethel) Robinson in Norman, OK. As a child, his family moved to Ojai, CA where he grew up and graduated from Nordhoff High School in 1965. After graduating, He married his high school sweetheart, Joanne Acord, and from that union was born one daughter, Leanna. They were married until 1986. In his younger years John was an amateur boxer known as the “Ojai kid” who made it to the Golden Gloves, and participated in the Olympic trials, proudly being coached by his father, Harold. John was a third generation painting contractor having his own company for over 50 years, and quickly became known for his creative and artistic talents. He was also a Member of the Motion Set Painters Union, painting sets for movies and TV. He had such a fondness for Mexican Food that in 1974-75 he, his then wife and mother started Johnny’s Mexican Food in Norman, OK, which quickly became a local favorite! He also had restaurants in Tulsa, OK and Ojai, CA. On April 2, 1989, John married the love of his life, Karen Siciliano and the couple made their home in Norman, where he continued his painting business, and he and Karen co-founded and Pastored Faith For Life Church. After retiring from the painting business and full time ministry duties he put his creativity and inventiveness to use patenting 3 inventions and forming JK Innovations, LLC with his wife Karen. He was a generous, kind, caring man with a huge heart and great sense of humor. He was infamous for not always having a coat, not because he would lose it but because he would give them away. He was also very passionate about his faith, and made his conservative political beliefs widely known. John is preceded in death by his parents and one brother, Gale Robinson. Left to carry on his legacy, wife, Karen Robinson of the home, daughter, Leanna Troilo and husband Bob, grandchildren Dana Reid, Jacob Reid, Gabrielle Troilo and Jessica Troilo; son, Abel Carranza and his children, Paola and Alan; brothers: Charles Robinson and wife, Kathy, Larry Robinson and wife, Michelle, his step-mother Jody, and mother-in-law, Joanne, his brothers and sister in-laws, and numerous cousins, nieces, nephews, and friends. Out of respect for John’s wishes there will be no services and interment shall be private. Donations in John’s memory may be made to St. Jude’s Children’s Research Hospital.

The family of John "Johnny" H. Robinson created this Life Tributes page to make it easy to share your memories.

Send flowers to the Robinson family.