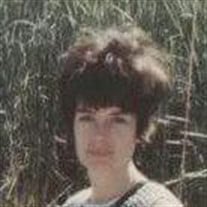 JanetJanet Sue Jobe, age 74, of Grove, Ok passed away on Tuesday, November 1, 2016 at Integris Grove Hospital after many years of illness. Born on May 14, 1942 to Herb and Ruth (Kennedy) Sanders in Cheyenne, WY, her family soon after relocated to northern California where she grew up in Santa Rosa and graduated from Montgomery High School. In 1960 she married Glenn Jobe and from that union 4 children were born. Glenn and Janet moved to Oklahoma in 1968 ultimately making their home in Grove in 1971. Janet was a devoted mother and homemaker. Above all else she loved Jesus, her family and her friends, and loved to talk with people about them. An animated person by nature, she had a knack for embellishment, especially when it came to the stories about her children. And even though the last two decades of her life were marked by debilitating illness she remained focused upon those who meant so much to her. Over the years that number expanded as so many have become involved in her life as caregivers and friends. She realized how blessed she was. Janet was preceded in death by her parents and her brother, Dick Sanders. Those left to carry on her legacy include her children, Randy Jobe and wife, Shelley of Stillwater, OK, Kim Pedersen and husband, Brad of Tulsa, OK, Gary Jobe and wife, Liz of Salt Lake City, UT and Matthew Jobe, and wife, Brandi of Okinawa, Japan, 10 grandchildren and 4 great grandchildren. Funeral services will be held 10am Saturday, November 5, 2016 at First Christian Church in Grove. Pastor Ron Riley to officiate. Burial will be at Mt Herman Cemetery east of Jay, OK.

JanetJanet Sue Jobe, age 74, of Grove, Ok passed away on Tuesday, November 1, 2016 at Integris Grove Hospital after many years of illness. Born on May 14, 1942 to Herb and Ruth (Kennedy) Sanders in Cheyenne, WY, her family soon after relocated... View Obituary & Service Information

The family of Janet Sue Jobe created this Life Tributes page to make it easy to share your memories.

Send flowers to the Jobe family.