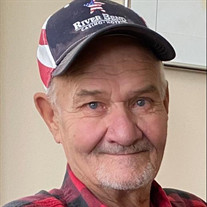 James “Jim” D. Takacs, age 79 of Grove, Oklahoma passed away unexpectedly on Sunday, March 13, 2022, at his home.  Jim was born on May 19,1942 in Homestead, Pennsylvania to Ernest and Ruth (Dreer) Takacs. He graduated from Taylor Allderdice High School in Pittsburgh, Pennsylvania with the class of 1960. Soon after that, he joined the United States Air Force where he proudly served his country from 1961 – 1965.  In 1963 he married his true love and soulmate of 59 years, Christy Campbell. After his return from service in 1965, he went to work for Western Electric Company in Oklahoma City, but soon returned to his roots and moved back to Pennsylvania, working for United States Steel and Ducanne Power and Light Company.  In 1972, the call of the midwest area once again brought him to Joplin, Missouri where he owned and operated the Dairy Queen on Main Street.  Once he sold the business he moved to the Grand Lake area, where he purchased Radcliff-Whaley fishing resort on north Cherokee, and later drove a propane truck for Skelgas Gas Company.  In 1985, he purchased an Okiebug Franchise in Grove, later renaming it Sports World.  After selling that investment in 1989, he became an over the road driver for Tri State Motor Transit hauling hazardous materials for 18 years with no accidents and no tickets. He then spent 3 years dispatching for the company before his retirement in 2010. He was clearly a man with many talents. Jim was a member of Patricia Island Golf Club, where at the age of 78, he discovered his love for golf and he often played with his daughter.  Fishing was also a favorite pastime.  He was a pilot and took pleasure in every aspect of planes, including working on them as an airplane mechanic.  Never one to sit still for very long, he enjoyed cooking, playing chess, and mostly spending time with his grandchildren and great grandchildren, whom he truly adored. He was fun-loving, kind and helpful in every way.  Jim was preceded in death by his parents and grandson Kyle Collins.  Left to cherish his memory, his wife Christy Takacs, daughters, Trish (Rick) Collins of Grove and Steph (Jamie) Hutchison of Catoosa, Oklahoma; Grandchildren Dr. Braedon Collins (Ashlynn), Ivy Collins, Morgan Hutchison and Addi Hutchison; great grandchildren, Boyd and Jules Collins; sister, Brenda Marsico of Coraopolis, Pennsylvania and nieces, Debbie and Darla. Visitation will be from 5 – 7pm on Thursday, March 17th and funeral services at 11am on Friday, March 18th.  The Grove Veterans Ritual Team will perform Military Rites, all at Nichols-Stephens Funeral Chapel, Grove, Oklahoma.    The family request that donations be made to the American Legion Post 178, PO Box 450203 Grove, Ok 74345, in Jim’s memory.

The family of James “Jim” Takacs created this Life Tributes page to make it easy to share your memories.

Send flowers to the Takacs family.