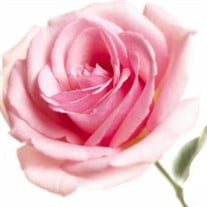 Geneva K. Fletcher, age 64, of Wyandotte, Oklahoma passed away on Sunday, March 15, 2020 at her home. Geneva was born on December 2, 1955 in Miami, Oklahoma to Kenny and Daisy (Scribner) Wolfenbarger. They made their home in Grove where she grew up and graduated from Grove High School. On December 24, 1996, Geneva married Dennis Fletcher and they made their home in Pendleton, Oregon where they lived for 10 years. There they loved fishing, camping and traveling. Shortly after they married, the couple began providing a home for Foster Children, typically caring for at least 5 or 6 children, however as many as 13 children experienced the love in their home at times, many of them with special needs. Geneva was an exceptionally kind and nurturing person and fostering was second nature to her, loving and caring for them as if they were her own. They enthusiastically adopted 4 of the children whom they had cared for. In 2006, the couple relocated back to the Grand Lake area to be closer to family. She attended Council House Church and was employed by The Seneca-Cayuga Tribe where she served as a member of Business Committee. Geneva was preceded in death by her father, Kenneth Wolfenbarger, infant brother, Jerry Wolfenbarger and stepfathers, William Perryman and Jackie Keller. Left to cherish her memory: husband, Dennis Fletcher of the home; mother, Daisy Geraldine Keller of Wyandotte, OK; sons, David Records (Angel) of Grove, OK, Daniel Fletcher of Grove, OK, Devin Fletcher of the home; daughters, Renee Clardy (Chris) of Rochester, IL, Jennifer Fletcher of Athens, IL, and Lily Fletcher of Grove, OK; Eva Fletcher, of the home. Brothers, Kenny Dale Wolfenbarger, Gary Wolfenbarger, both of Wyandotte, Greg Wolfenbarger (Gail) of Hope AR, Bruce Wolfenbarger of Wyandotte, OK, Brian Wolfenbarger of Anderson, MO, Wesley Keller (Staci) of Wyandotte, OK, Tompson Keller (Annie) of Reynoldsburg, OH, Brian Keller (Roberta) of Pappilon, NE, Keith Keller (Tiffany) of Hamilton, IL, and 10 grandchildren.

Geneva K. Fletcher, age 64, of Wyandotte, Oklahoma passed away on Sunday, March 15, 2020 at her home. Geneva was born on December 2, 1955 in Miami, Oklahoma to Kenny and Daisy (Scribner) Wolfenbarger. They made their home in Grove where she... View Obituary & Service Information

The family of Geneva K. Fletcher created this Life Tributes page to make it easy to share your memories.

Send flowers to the Fletcher family.