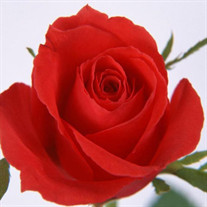 Ferne E. Frazier, age 90, of Monkey Island, OK passed away peacefully on Friday, May 1, 2020 surrounded by her family. Ferne was born on June 18, 1929 to Louis and Pearl (Schow) Balderson in Newport, Washington. In 1946, Ferne married Kemper Johnston. They soon moved to Alaska where she and Kemper owned and operated a hunting lodge in interior Alaska. Ferne also worked at Alaska Dry Cleaners as a counter clerk. Ferne was an outgoing, enterprising lady who sold Avon, Tupperware, Watkins and many other home businesses. In 1995, Ferne and Kemper moved to Grand Lake, where she attended Lake Center Baptist Church and she became a member of the Monkey Island Women’s Auxiliary. She was an avid volunteer at the Second Chance Pet Rescue resale shop. Ferne and Kemper were married for 54 years until his passing in 2000. Ferne married James Frazier in 2001 in Arkansas. He passed away in 2009. Ferne was a bubbly, lively person who loved to laugh. She was a ray of sunshine every where she went and could find the silver lining in any situation. She was preceded in death by two husbands, 2 brothers, an infant grandchild and an infant great grandchild. Left to cherish Ferne’s memory, sons: Darrel Johnston (Kathy) of Phoenix, AZ, Jeffery Johnston (Katrina) Eagle River, AK, Donald Johnston (Karen) of Monkey Island, OK; brother, Gale Balderson (Michelle) of Spokane, WA and sister, Lynda Garrett of Spokane, WA, 10 grand children and many great grandchildren. Ferne will be laid to rest in Southwest City Cemetery in a private family service. The family requests that donation be made to Good Shepherd Hospice in Ferne’s memory.

Ferne E. Frazier, age 90, of Monkey Island, OK passed away peacefully on Friday, May 1, 2020 surrounded by her family. Ferne was born on June 18, 1929 to Louis and Pearl (Schow) Balderson in Newport, Washington. In 1946, Ferne married Kemper... View Obituary & Service Information

The family of Ferne E. Frazier created this Life Tributes page to make it easy to share your memories.

Send flowers to the Frazier family.