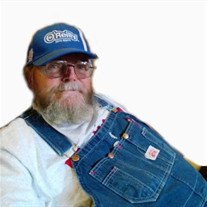 David Allen Jones, age 60, of Eucha, Ok passed away Saturday, April 22, 2017 at Integris Grove Hospital from injuries sustained in a car accident while driving his beloved 1964 Plymouth Barracuda. David was born on July 11, 1956 to William and Martha (Lovell) Jones in Oklahoma City, OK. He grew up in Jones, OK and graduated from Jones High School in 1974. Shortly after high school, David joined the U.S. Air Force and proudly served his country for 6 years. Following his military service, David returned to OKC, OK where he worked in the heat/ air conditioning business until he saved enough money to pursue his passion, cars. In 1981, he proudly opened A Body Shop in Oklahoma City, OK and continued his love of rebuilding classic cars throughout his life. On March 26, 1988 David married the love of his life, Melinda KuKuk, in Perry, OK and the couple made their home in Jones, OK. In 1995, the couple retired and moved to Eucha, OK. David was tenacious and suffered many accidents and setbacks in his life that would have gotten a lesser man down. With his strong will and the support of his family he continued to live life to the fullest, doing what he loved, attending a car show, up until his last moments. A member of The Church of Jesus Christ of Latter-Day Saints, in Grove, David was strong in his faith. He was also a member of numerous hot rod clubs including, NHRA, OHRA, KKOA, Classic Chevy Club of OKC, and Rebels Car Club of Miami, OK. He was also a member of the Tired Iron of the Ozarks, an antique tractor club, with his 84 year old father in law, Harold. David was preceded in death by his parents. Left to carry on his legacy: wife, Melinda Jones and father in law Harold Kukuk, of the home, children: Mark Jones and wife, Shannon, of MI, Robert Duane Snearly and wife, Lee, of Miami, OK, Amanda RaeAnn Mitchell of Wichita, KS, and Christianne Wood and husband, John, of Perry, OK; siblings, Jim Jones and wife, Janice, of Wagoner, OK, Mary Bowman of OKC, OK and Barbara Dixon of Little Rock, AR. He has 6 grandchildren, Corey Jones, Julie Snearly, Allen Snearly, Serenity Wood, Roman Jones, and Kane Jones. Visitation will be from 6-8pm Wednesday, April 26 at Nichols Funeral Chapel. Funeral services will be at 1pm Thursday, April 27, 2017 at The Church of Jesus Christ of Latter-Day Saints in Grove, OK. Bishop Stephen Kohler to officiate. Interment at Mose Ridge Cemetery, Jay, OK. The family requests in lieu of flowers donation be made in David’s memory at: www.gofundme.com/david-jones-memorial-fund

The family of David Allen Jones created this Life Tributes page to make it easy to share your memories.

Send flowers to the Jones family.