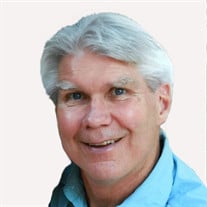 Charles “Charlie” D. Holcomb, age 68, of Grove, OK passed away Wednesday, January 2, 2019 at Grandwood Assisted Living after a long illness. Charlie was born on May 22, 1950 to Oland and Genevieve (Tipton) Holcomb in Miami, OK. He graduated from Grove High School in 1968 and went on to Southwestern Oklahoma State University in Weatherford to earn PharmD degree from the College of Pharmacy. On January 6, 1973 Charlie married the love of his life, Lavinda Bellmon, in Tonkawa, OK. He founded Charlie’s Drug in Stillwater, OK and operated it until selling in 1997. Charlie and his wife moved back to Grove in 1997 and he began working as a Pharmacist at Sam Hider Community Clinic in Jay. Charlie was Baptist in faith and attended Delaware Baptist Church. His easy-going, friendly personality naturally drew people to him and his kind and helpful demeanor will be missed by all who knew him. Charlie enjoyed fishing and boating, and also working with his hands gardening, landscaping and woodworking. Charlie was preceded in death by his parents and one brother, Randall. Left to cherish his memory: wife, Lavinda Holcomb of the home, daughter Kyla Pearlman and husband, Ben of Boulder, CO; brother, Frank Holcomb and wife, Diana of Eureka, KS and Daryl Holcomb and wife, Kelly of Springfield, MO and 3 grandchildren: Luke, Caleb and Asher. A visitation for family and friends will be from 3-5pm Sunday, January 6 at Nichols-Stephens Funeral Service. Graveside services will be at 11am Monday, January 7, 2018 at Hickory Grove Cemetery. In the event of rain, the services will be moved to Nichols-Stephens Funeral Chapel. Pastor Gary Bishop to officiate. The family requests that donations be made to Oklahoma Medical Cancer Research Foundation, 825 NW 13th, Oklahoma City, OK 73104.

The family of Charles "Charlie" D. Holcomb created this Life Tributes page to make it easy to share your memories.

Send flowers to the Holcomb family.