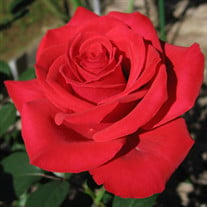 Barbara A. Conley, age 79, of Fairland, OK went peacefully to be with Jesus on July 21, 2015 at her home. Barbara was born on December 1, 1935 to Fred and Beatrice (French) Blood in Ada, OK and attended Salina High School. On April 2, 1974 she married Jesse Conley and they made their home in Salina, OK. In 1977, she and her family moved to the Grand Lake area. Barbara was a hardworking business woman, opening up Barb’s Burger Basket on Monkey Island and later in Fairland, as well as the proprietor of Time After Time Flea Market north of Grove. She was a faithful member of the House of Prayer, Jesus Name Church in Fairland, OK. Cheerful and outgoing, Barbara never met a stranger and was always so loving and willing to help in any way possible. She treasured her savior, Jesus, her family, her church family and many friends. Her happy smile and kind ways will be missed by all that knew her. Barbara was preceded in death by her parents, sister, Priscilla Ellis, brother, Harold Blood and her husband Jesse, in 2009. Her loved ones that remain: sons, Steven Hurley and Christopher Hurley, both of Orange, CA, daughter Marcia Hurley of Fairland, OK, sister, Ruth Walsh of Bella Vista, AR, brother, David Blood of CA, 7 grandchildren, 7 great grandchildren and many nieces & nephews. Memorial services will be at 11am Friday, July 31st 2015 at Nichols Funeral Chapel, Grove, OK. Pastor LeRoy Bickford to officiate. In lieu of flowers, the family requests that donations be made to The Alzheimer’s Association at Alz.org or Gideon’s Bibles at Gideon.org. Arrangements entrusted to Nichols Funeral & Cremation Services, Grove, OK.

The family of Barbara Ann Conley created this Life Tributes page to make it easy to share your memories.

Barbara A. Conley, age 79, of Fairland, OK went peacefully to...

Send flowers to the Conley family.